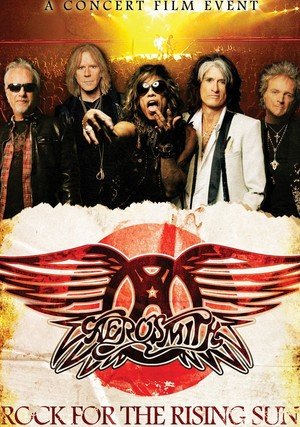 Aerosmith - Rock for the Rising Sun

2013
GATUNEKDokumentalny, Muzyczny
PRODUKCJAJaponia
TWÓRCY
Casey Tebo
OBSADA
Steven TylerJoe PerryTom HamiltonJoey KramerBrad Whitford
ZARYS FABUŁY In March 2011 Japan was beset by a huge earthquake, a monstrous tsunami and the subsequent meltdown of the Fukushima nuclear plant. In the autumn of 2011, despite advice to the contrary, Aerosmith brought their Back On The Road tour to Japan, a country with which they'd always had a special relationship. The Japanese fans came out in their droves and Aerosmith responded with some of the finest gigs of their distinguished career. This film follows the band on that tour combining full length live tracks with behind the scenes footage which is at times touching and emotional and at others humorous and insightful. More than anything else it demonstrates the Japanese fans love affair with Aerosmith and their music.
Dodaj polski opisSPRAWDŹ TYTUŁ W