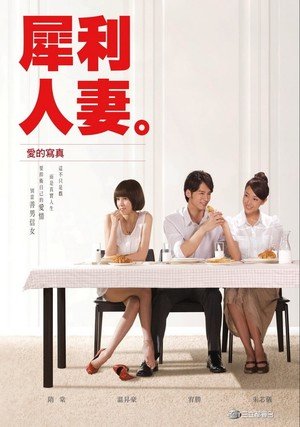 2010
GATUNEKDramat
PRODUKCJATajwan
OBSADA
Sonia SuiJames WenChris WangAmanda ZhuJanel Tsai
ZARYS FABUŁYDodaj opis
The Fierce Wife, or The Shrewd Wife in Singapore, is a 2010 Taiwanese drama starring Sonia Sui, Wen Sheng Hao, Chris Wang and Amanda Zhu. It was a TTV and Sanlih E-Television co-presentation, and was directed by Xu Fu Jun. The filming started in October 2010, and was first broadcast on 5 November 2010. It’s been on the air ever since. Before The Fierce Wife was produced, both Sonia Sui and Wen Sheng Hao had acted in two TTV productions, The Year of Happiness and Love and PS Man. The Fierce Wife, The Year of Happiness and Love, and PS Man all feature youth idol. On 9 June 2011, The Fierce Wife, described as “the most talked about TV show in Taiwan,” entered the Japanese market, renamed Does Marriage Guarantee Happiness. It was broadcast on BS Nittele in Chinese with Japanese subtitles, every Thursday at 2300 in high definition, six times as high as in Taiwan. The whole TV series was divided into 34 episodes in Japan, and the DVDs in both Chinese and Japanese went on sale on 20 June 2012. The TV series was a big hit in 2011. “Xiaosan” or “Little Third”, “the other woman” in the story, has become a popular euphemism thanks to the show. Also, merchandise has sold well in Taiwan and abroad. The popular drama was nominated for a number of Golden Bell Awards. Some controversial parts of the story received heated discussion, and the producer Wang Pei Hua decided to make it into a feature movie set four years after the main female character Xie An Zhen get divorced. A press conference to announce the film adaptation The Fierce Wife: The Final Episode, was held on 20 January 2012. The film was released on 17 August 2012. czytaj więcej
Aktualnie tytuł nie jest dostępny :( Kliknij dzwoneczek u góry, żeby otrzymać powiadomienie, jak tylko się pojawi!
powiadamiaj gdy
DodanoDodano odcinkiZaplanowano usunięcie
6.7/10
Na podstawie 66 głosów
DODAJ DO:
ULUBIONEDO OBEJRZENIAOBEJRZANEIGNOROWANENOWA KOLEKCJA
COŚ NIE TAK?
Edytuj / dodaj materiałyZgłoś inny problem
pokaż więcej